At 7 p.m. today, Boston College showed off its new football threads for the next season.

These jerseys are brand new due to the new Adidas deal BC closed for their football program this summer, having been with Under Armor since 2009. The rest of Boston College Athletics will represent New Balance in the coming seasons due to a separate deal made with that brand.

What do you think of the new uniforms? They definitely have a retro look to them than the primaries previously made by Under Armor. Though BC has often had UA setbacks in recent years, and these uniforms are much more similar to them. The first thing that stands out is the complete embrace of the retro BC block’s logo. That, along with the gold outlines on the numbers and the very simple style, make these uniforms simple but effective. Adidas didn’t try to break new ground because it wasn’t necessary. Fans, especially those who loved UA’s setbacks, will be very pleased with this design.

It will also be interesting to see how this design connects with the branding and design of basketball, hockey, and all of New Balance’s other BC sportswear. We can assume they’ll try to align a bit, but NB is going to be totally retro like Adidas? Or will they change it and go modern instead? And will BC italics be gone forever?

Here are a few more looks in still image form: 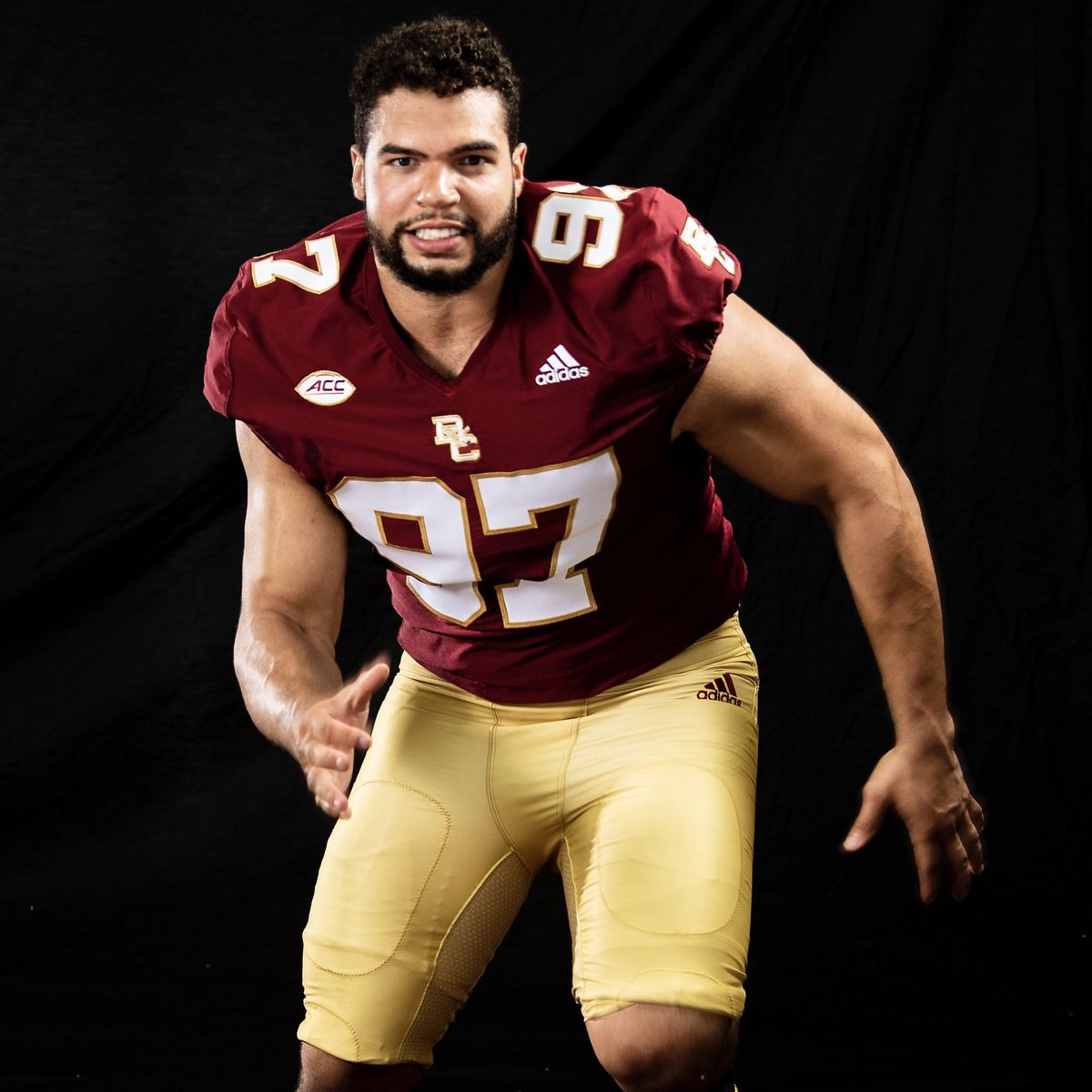 Hansen’s Hundred, # 31: Tedy Bruschi’s Motor Introduced him into the…

Pennsylvania’s prime faculty soccer prospects within the Class of 2023: ranked