Memorial Day weekend is more than grilling hot dogs and finally opening up the backyard pool. There is a little soccer to play.

Two East-West All-Star Games will be played on Sunday at Central Dauphin’s Landis Field, where some of the best in the state will compete at noon and 5 p.m.

You can buy tickets for both East-West games as well as tickets for the Big 33 Classic on Monday here.

Bilal Weidler, WR, Susquehanna Township: Although the 5-10, 170-pound Weidler will report to the Indiana University of Pennsylvania as a cornerback recruit, he played for the Indians on both sides of the ball. Weidler is fighting ultra-fast for the ball and should give East QB Bryce Herb a terrific downfield target.

Odell Greene, RB, Steel-High: Greene, a key figure in Steel-High’s hike to the PIAA 1A championship in November, will be part of the East Backfield for Sunday’s small school event. On the way to Milford Academy, the 5-11, 195-pounder stormed for 1,680 yards and 14 touchdowns in its final season.

Zach Mowchan, LB, Northern: Despite being disabled with an ankle injury towards the end of the 2020 season, Mowchan has done a lot of damage as the undeniable leader in defense. The eastern Michigan recruit was tenacious in the pursuit, racking up 86 tackles, including 12 for losses, in a shortened season. The 6-2, 220 pounder also picked up a pair of passports. Mowchan is part of the Western squad. 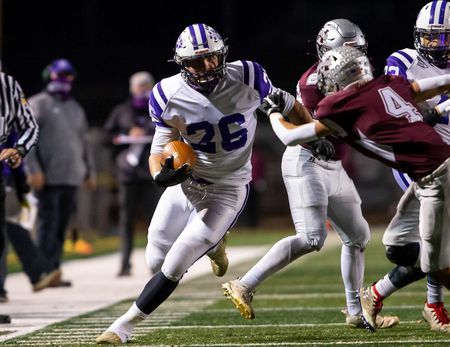 Sean McTaggart, QB, Lampeter-Strasburg: If you’re looking for a highly skilled, courageous QB, McTaggart is the place for you. McTaggart worked his way back from a devastating knee injury, throwing 1,865 yards and the league’s top 27 touchdowns to lead the Pioneers to the Class 4A semifinals. He is also a double threat as he scores 400 yards and 8 scores for the reigning District 3 champions. McTaggart was also named 4A Player of the Year. 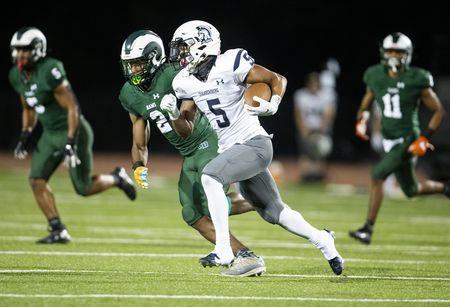 Jayden Jones, RB, Chambersburg: Jones, who also works for the Big School West contingent, will get another chance to shine on the prep phase before going to Shippensburg U. He’s got a solid 454 yards and 5 touchdowns in just six games, plus 16 receptions for 111 yards. Jones should play on the defensive in Shippensburg.